NESSEBAR - THE PEARL OF THE BULGARIAN BLACK SEA COAST 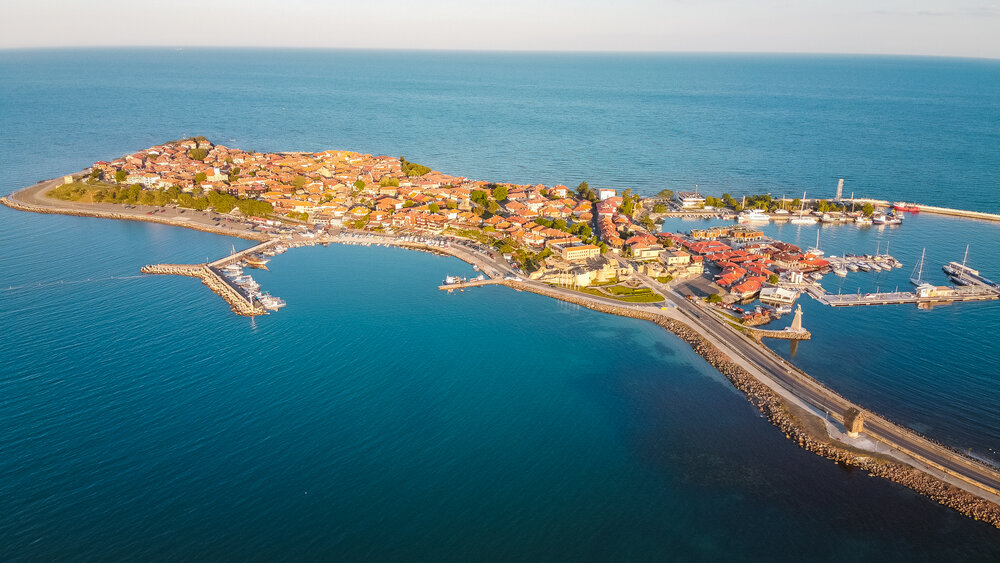 Tourist city with many attractions 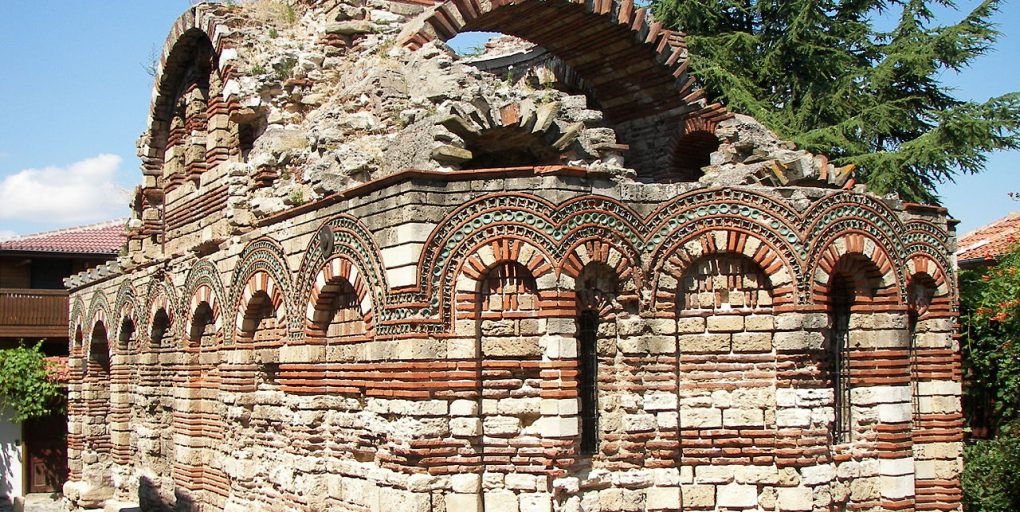 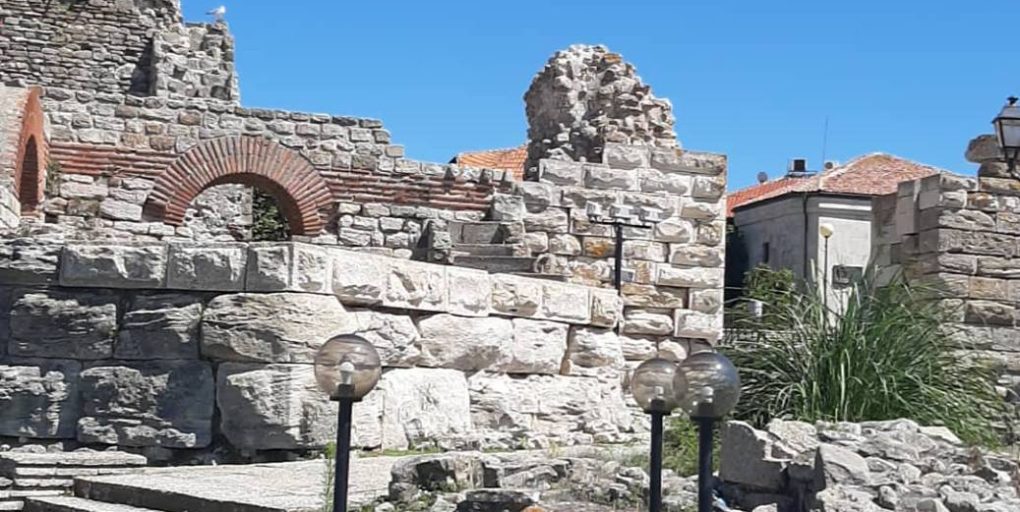 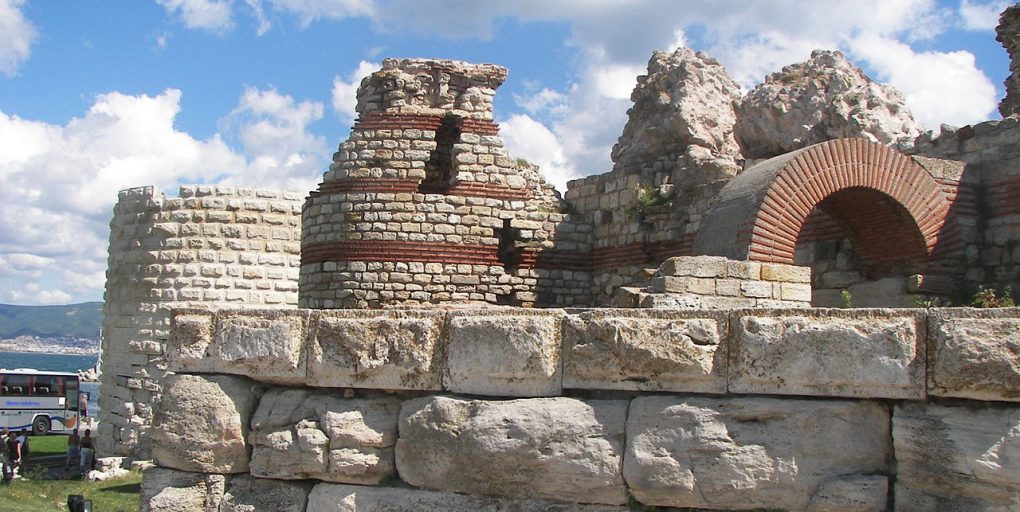 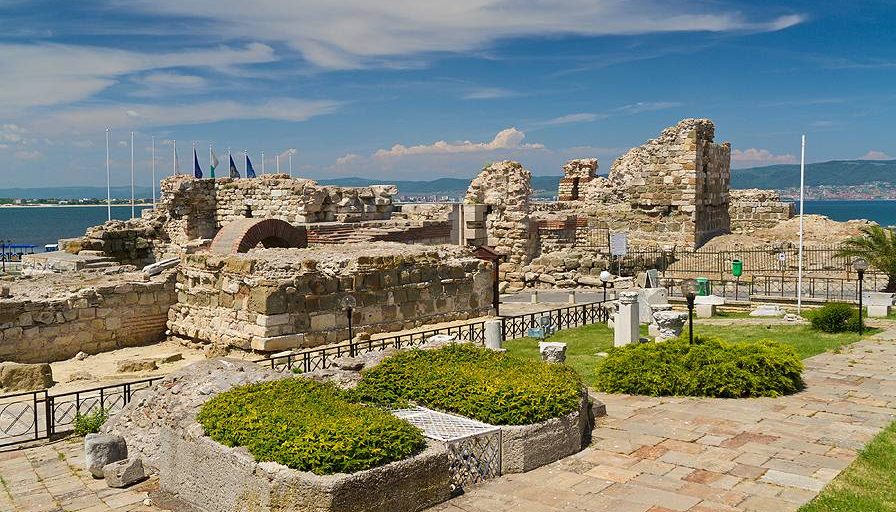 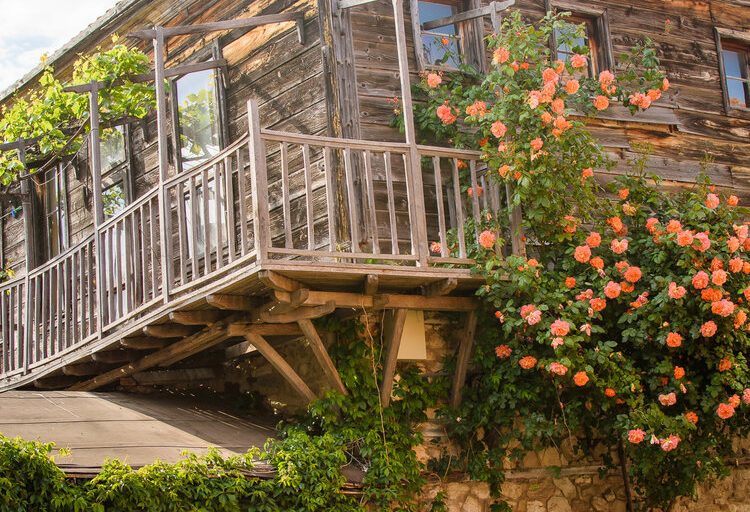 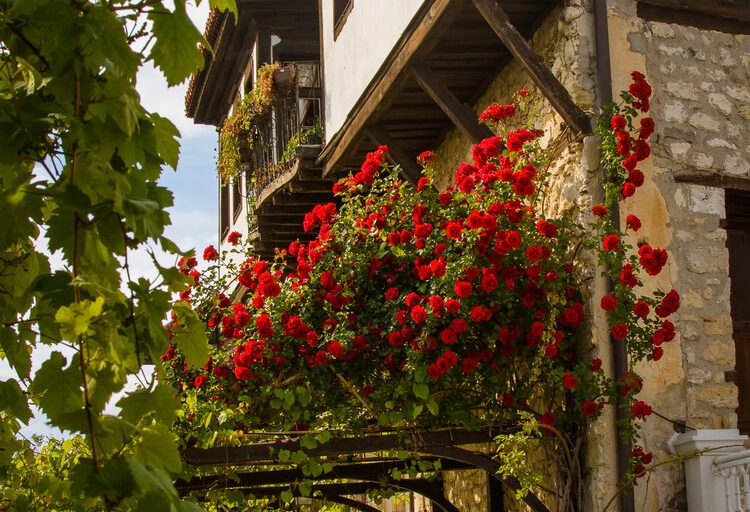 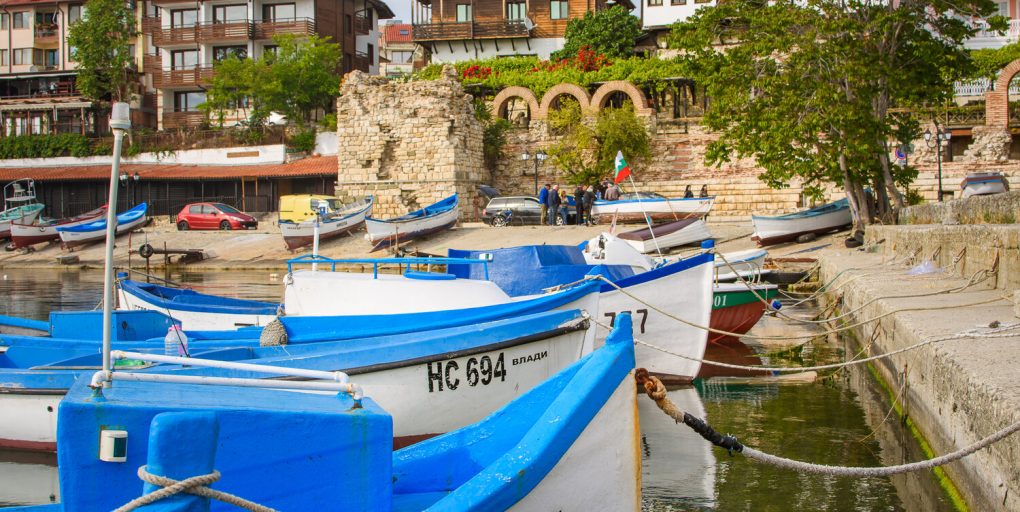 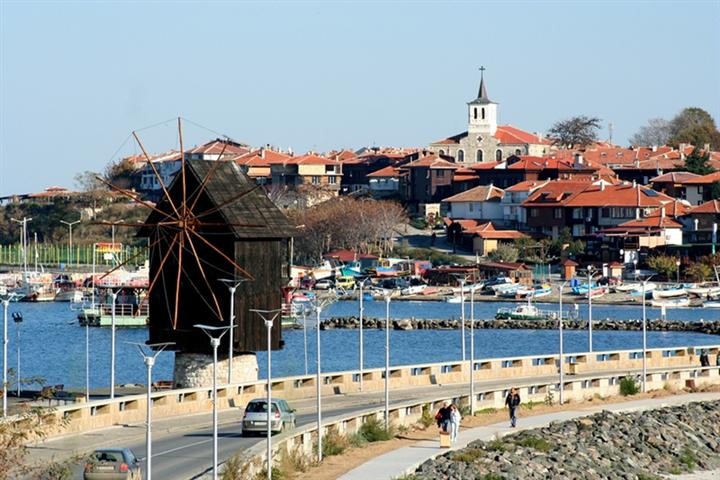 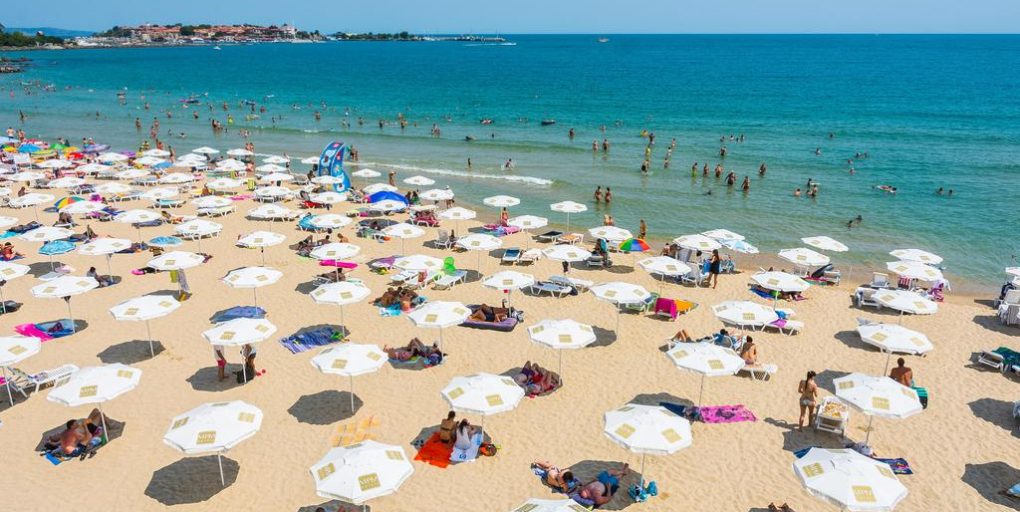 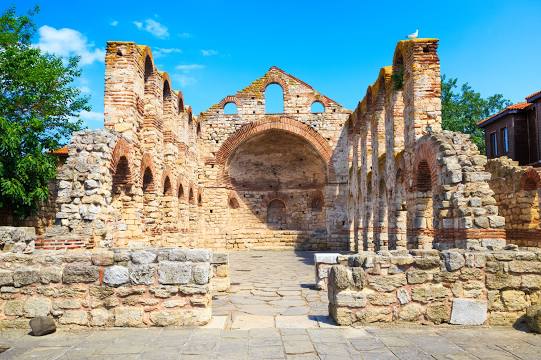 The city was founded more than 3200 years ago. Inhabited by the Thracians in the late Bronze Age, they called it Melsambria, which meant “city of Melsas” – probably the name of the founder of the settlement.
After them the Dorians (ancient Greek tribe) arrived in the village at the end of the VI century BC. Under their rule the settlement grew, a fortress wall was built, residential neighborhoods appeared. At the beginning of the 1st century AD the city became part of the Roman Empire. Then they began to call him Mesemvria. The city continues to be an important economic and cultural center. After the Roman Empire moved its capital to Constantinople and Christianity became the official religion, Christian temples began to be built in Mesembria. The city became part of the First Bulgarian State in 812, when the Bulgarian ruler Khan Krum conquered it. The Slavs who settled here began to call the town Nessebar. The city played an important role during the reign of Tsar Kaloyan (1197-1207), Ivan Assen II (1218 – 1241), Constantine the Quiet (1257-1277).
The city experienced great prosperity during the reign of Tsar Ivan Alexander (1331 – 1371) – many new churches were built, cultural and spiritual activities developed.

Nessebar fell under Ottoman rule in 1453.
Today the old and the new part of the city are separated by a narrow isthmus. The old town is located on a small peninsula. Due to its exceptional cultural and historical richness, Nessebar has been declared a museum, tourist and resort complex of international importance by Decree № 243 of the Council of Ministers of 18.07.1956.
Tourists can learn more about the history and development of the village at the Archaeological Museum, which is located at the beginning of the peninsula. There are exhibits found during archeological excavations. Traces of past historical epochs are everywhere. On the territory of the Old Town there is a part of the fortress wall, which was declared an architectural monument of national importance in issue 41 of the State Gazette of 1964. There are preserved a large number of churches, two of them – “Holy Savior” and “St. Stephen” have been turned into museum objects.

Nessebar is a town in southeastern Bulgaria, located on the Black Sea coast. It is located in the municipality of Nessebar, Bourgas district, and in the vicinity to the north it almost merges with the largest Bulgarian Black Sea resort Sunny Beach. The town is the administrative center of the municipality of Nessebar and is one of the oldest cities in Europe, dating back more than 3200 years. According to NSI data as of December 31, 2020 the population of Nessebar with Sunny Beach is 14,080 people, which ranks it third in size among the cities on the Bulgarian Black Sea coast after Varna and Bourgas.

Most of the houses in the old part are from the Renaissance (XVIII-XIX centuries). The architecture of the house of Moskoyani is interesting, in which the exposition of the Ethnographic Museum of the city is located. In the museum you can learn a lot about the way of life and culture of the inhabitants of Nessebar, many objects of everyday life and traditional costumes are shown.
.

During the summer in the ancient theater of Old Nessebar are held concerts and various events. Behind it is the sea station of Nessebar, where during the active summer season you can often see cruise ships moored to visit the city of UNESCO. If you want to feel the spirit of Old Nessebar, you can stay there – it offers a variety of types and prices of accommodation – family hotels, private accommodation. There are also many restaurants in the area offering excellent seafood.
In addition to connecting the old and the new town, the isthmus is a favorite place for walks of guests and residents of Nessebar. On both sides, near the sea, there are pedestrian alleys. One of the symbols of the city is the windmill, which is located in the middle of the isthmus

The new part of Nessebar also offers a variety of accommodation options. There are also the buildings of the administration and other institutions. The northern and southern beaches of Nessebar are located on the side of the new part of town. There is a beach in Old Nessebar, but it is not big. Those looking for more adrenaline and entertainment can take a tour over Nessebar by helicopter, on the beaches there are also boat trips, various water sports. The restaurants in the city are extremely diverse in terms of category and prices. Romantic people prefer restaurants in the Old Town, and young people are looking for entertainment in the new part of town and in the nearby resort of Sunny Beach.
In summer there is convenient public transport between the two resorts and other destinations in the area. Nearby are the resorts of Saint Vlas, Elenite and Ravda.
The town of Nessebar celebrates its holiday on August 15. The day of the city is accompanied by many events – exhibitions, concerts on several stages, a religious procession (August 15 is the Day of the Blessed Virgin).

OUR OFFERS SPECIALLY FOR YOU 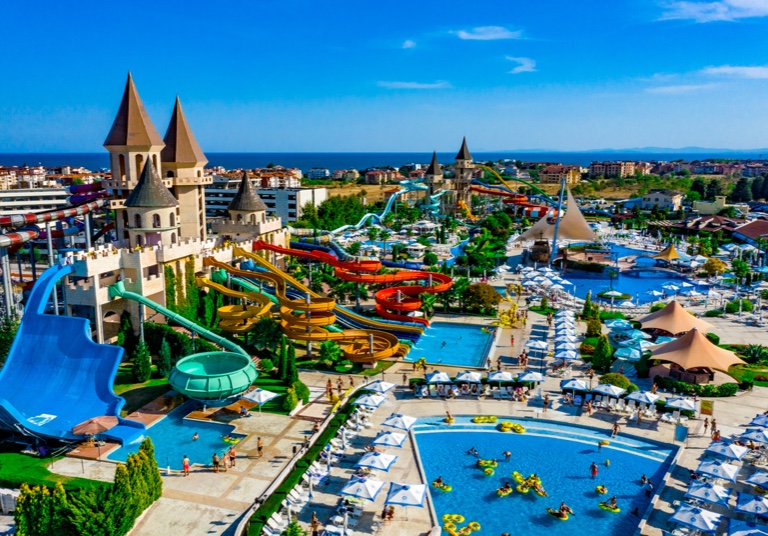